Thinking about social status, what would the ‘ideal’ type of society look like? Imagine social status as an entirely subjective matter, where individuals place themselves on an imaginary ladder based on where they think or feel they stand in the society… Would a society be ‘status equal’ (more egalitarian) if all its inhabitants tended to place themselves close to the mid-point on the scale compared to a society in which people would be equally distributed between thinking they are at the bottom or at the top of the ladder? Is a society better off when more people believe they are at the top as compared to a society where more people place themselves in the middle?

Figure 1. Distribution of people into different SSS categories (0-10) in Belgium (BE), the Netherlands (NL), Slovenia (SI) and Ukraine (UA), %

The European Social Survey allows us empirically tackle these questions. In the 2012 questionnaire people in a 28 European countries were presented with the following question: There are people who tend to be towards the top of our society and people who tend to be towards the bottom. Where would you place yourself on this scale nowadays? People were presented with an 11-box display where 0 is “the bottom of our society” and 10 “the top of our society”.  We can see, in Figure 1, examples of societies in which most people place themselves in the middle (such as Slovenia), societies where most people place themselves into a small number of categories near the mid-point (e.g. Belgium) and a society in which more people place themselves as 1 on the social ladder than at 7 (see Ukraine). People in Europe seem to have different ideas about where they rank within their societies.

The question of status inequality is one that has been attracting a lot of attention since Wilkinson and Pickett’s Spirit Level put income inequality very firmly on the public and academic agenda. They argue, not without contention, that the higher the income inequality in a society, the greater the prevalence of mental health issues, poor health more generally, as well as other ‘social issues’ (such as incarceration, teenage pregnancy, lack of trust). The mechanism is thought to work as follows: the income hierarchy is not just about the distribution of resources but is also a hierarchy from the most-valued people at the top of society to the least-valued individuals at the bottom, where ‘value’ is subjectively felt as superiority or inferiority compared to others in society. Greater income disparity is thus assumed to be a proxy for social status inequality – differences in how people feel about their standing in the social hierarchy. Large differences in social status are expected to feed into overall status anxiety and concern about one’s position in the social ranking.

It is through this status inequality, and the psychiatric distress associated with such status anxiety, that income inequality is argued to have various negative outcomes, including mental health problems. We decided to test whether status inequality – the way people are distributed on the social status scale – is linked to mental health, for which we use a composite measure of depressive symptoms. A key point about the Spirit Level thesis is that status inequality is bad for everyone, even after accounting for individual social status. Following this we hypothesised that patterns of distribution and dispersion of subjective social status in a society (a country) will influence the mental health of that society, and that influence will be evident over and above individual-level perceptions of social standing. 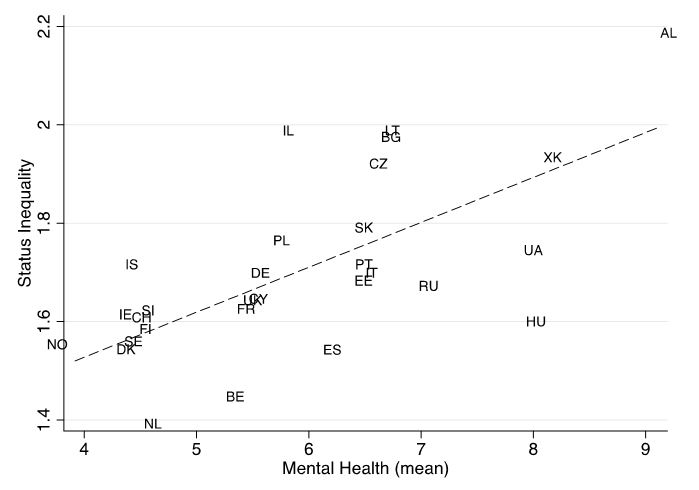 Figure 2. The association between SSS inequality and aggregate level of depression

One obvious criticism would be: maybe this correlation is simply reflecting that richer countries have lower status inequality? Everyone is better off in rich countries, and everyone feels more optimistic about their own social standing. There is no doubt that this is true to some extent; however, this influence of subjective social status inequality remains evident (statistically significant) after controlling for mean status, for GDP per capita, and for income inequality at the country level, and after controlling for various ‘objective’ measures of socio-economic standing at the individual level, as well as the individual’s own ranking on the ladder. Thus, our analysis suggests that status inequality has the capacity to influence the mental health of the whole of society over and above individual-level effects. Slovenia illustrates the case; it has a level of depression far below other countries of equivalent GDP (such as Portugal and the Czech Republic) but well-predicted by its low subjective status inequality. Slovenia, you will recall, had a high percentage of inhabitants ranking themselves at 5, exactly on the mid-point of the social status scale.